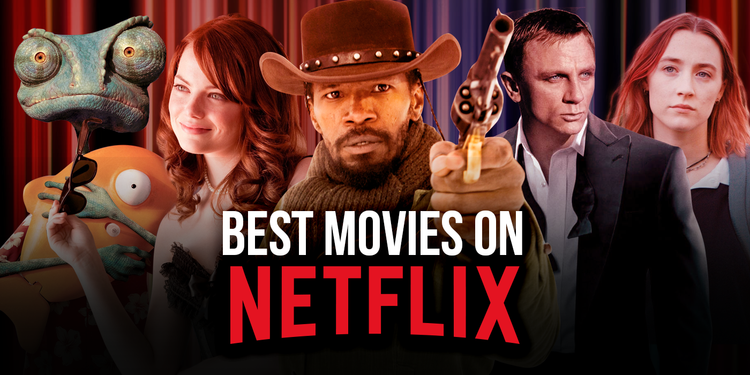 Trying to find the best movie to watch on Netflix can be a daunting challenge. We’ve all been there. You’ve decided you’re going to watch something. You have the entirety of Netflix at your disposal, including even a pared down list of films you’ve already bookmarked to watch at a future date. But then there’s the choosing. You’ve gotta find something that fits your mood, or something you and your friend/significant other/couch companion can agree on. You spend hours browsing, and by the time you stumble on something you think maybe is the one, it’s too late, you’re too tired, and indecision has won out.

Training Day
Director: Antoine Fuqua
Writer: David Ayer
Cast: Ethan Hawke, Denzel Washington, Scott Glenn, Cliff Curtis, Dr. Dre, Snoop Dogg, and Eva Mendes
The film that won Denzel Washington his first Best Actor Oscar also still holds up pretty well as a nail-biting crime thriller. Training Day follows an LAPD officer named Jake (Ethan Hawke) on his first day as part of an evaluation by an esteemed narcotics officer named Alonzo (Denzel Washington), but as the day goes on Jake discovers that not only is Alonzo corrupt, but the entire day is a set-up for which he could take the fall. Washington give a phenomenal performance as an antagonist who is both charming and terrifying at the same time, while Hawke hods his own opposite the veteran actor. The third act is still a bit incredulous, but the film is worth watching for Washington’s performance alone. – Adam Chitwood

Batman Begins
Director: Christopher Nolan
Writers: Christopher Nolan and David S. Goyer
Cast: Christian Bale, Michael Caine, Katie Holmes, Liam Neeson, Gary Oldman, Cillian Murphy, Morgan Freeman, and Ken Watanabe
Before he crafted the masterful sequel The Dark Knight, filmmaker Christopher Nolan had to first reinvent the Batman franchise from the ground up with the “gritty reboot” Batman Begins. This movie came on the heels of the exceedingly goofy Batman & Robin and thus had to prove to audiences a grounded, realistic Batman story was one worth watching. Casting Christian Bale in the lead role helped, but Nolan’s sprawling, Gotham-centric story feels more in line with a compelling character drama than a superhero movie—and that was by design. Batman Begins spawned not only two direct sequels but a trend in Hollywood of revitalizing franchises with the “gritty reboot” treatment, and this wholly influential redo still holds up over a decade later as a terrific Batman origin story. – Adam Chitwood

Shutter Island
Director: Martin Scorsese
Writer: Laeta Kalogridis
Cast: Leonardo DiCaprio, Mark Ruffalo, Ben Kingsley, Michelle Williams, Emily Mortimer, Patricia Clarkson, and Max von Sydow
What happens when a master filmmaker like Martin Scorsese decides to make a twisty little thriller? You get Shutter Island, a great and underrated movie in Scorsese’s vast filmography. Based on the Dennis Lehane novel of the same name, the film stars Leonardo DiCaprio and Mark Ruffalo as a pair of U.S. Marshals who arrive on the titular island to investigate a disappearance at an enigmatic psychiatric facility. From the get-go something feels off, and Scorsese delights in following DiCaprio’s character around this island through the darkness, revealing twists and turns along the way. It’s the kind of dramatic thriller you immediately want to watch again once it’s over, and DiCaprio gives a terrific as a man who seems to be unraveling. – Adam Chitwood ดูหนังออนไลน์